Selling Water Tower Cell Sites
Water tanks serve as ubiquitous collocation structures with sale values akin to conventional cell towers. There are over a thousand water towers in the United States that have wireless equipment attached to them. Most of these water towers are publicly owned with the water utility leasing space to wireless carriers on the water tower. Additionally, many water tanks are former fire suppression towers which are no longer in use and have found new life as robust wireless communications structures where capacity is not in question. The industry calls these leases “tenant improvements” because they are an improvement of an existing structure owned by another party that is not a cell tower.

The primary reason carriers like water towers are that they may not be required to go through a significant zoning process to get approval for use of the water tower. Water tower landlords may charge more than typical tower owners for placement of equipment because, in most jurisdictions, placement of equipment on public water towers is permitted by right or is a path of least resistance. Because of this, it is not uncommon to see water towers with multiple wireless users. The zoning regulations will often require that applicants for new towers demonstrate why they can’t use existing structures like an existing water tower first. This creates a situation where many water towers are the only option for the placement of cell sites within a given area. It also increases the value of the individual leases and the water tower as a tradable asset which can be readily monetized. 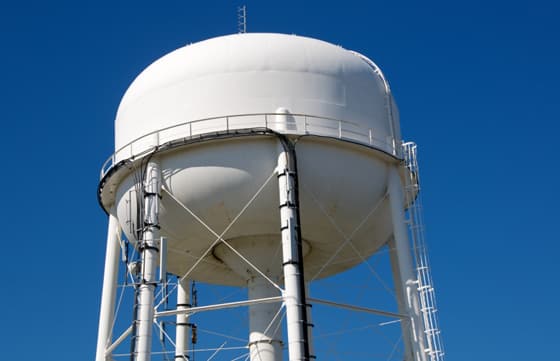 Water utilities may have been approached in the past to sell their leases. These third party lease buyout firms purchase the lease revenue. They will also attempt to suggest that they will market the water tower to wireless carriers and share 50% of the rent. The problem with these types of proposals to a water utility is three-fold:

SteelTree lived up to every promise they made to me at our first meeting and then went above and beyond. Aside from being skilled, knowledgeable consultants on the business end of my sale, they understood the emotional end of the transaction as well. They were an indispensable component of my successful transaction. Can’t recommend them highly enough.