Municipal Cell Towers – Can They Be Sold?

When a lease buyout company purchases a collocation lease on a municipal-owned tower, they acquire the rights to that lease area. If they buy all of the leases on the municipal tower, they typically include language that allows them to add other tenants to the tower and collect 50% of the revenue. Even in situations where they aren’t taking a revenue share from future tenants, the lease buyout companies take the first right to future tenants if an existing tenant on the tower leaves. These companies typically pay 8-10 years’ worth of rent to acquire the leases on the tower. 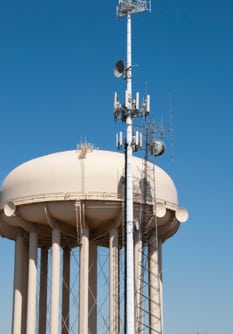 Compare this to the sale of communication towers on an outright basis, where sellers typically get anywhere from 12-25 times the annual rent for the sale of the tower(s). However, when the municipality sells the leases to a lease buyout company, they still have the obligation of maintaining and operating the tower even if it generates no income. This means that if the tower is somehow damaged or destroyed, the municipality will have to pay for the replacement of the tower even if it is not receiving any revenue because that revenue was sold. So by selling to a lease buyout company, the municipality is selling its income but still retaining the obligation to operate the tower on a day to day basis: to insure it, to maintain it, to provide utilities, and to operate it.

If the municipality were to sell the tower asset itself, they would no longer have the burden of paying for or operating the tower. They would transfer the tower to a tower company who would operate the tower and be responsible for insurance, maintenance, utilities and restoration if it was damaged. While the municipality would lose the income from future tenants on the tower, it would have been compensated in advance for those rights at the sale of the tower.

One of the primary concerns that municipalities have about this type of arrangement is that they lose control over the structure where their public safety equipment is located. However, it is quite common and easy for a municipal tower owner to include language in the sale agreement for the tower that reserves their current and future rights to place public safety equipment on the tower.

In either scenario, the municipality is binding itself to a long term agreement. In the case of a lease buyout, the buyout company will take a long term easement under the leases that can’t be terminated. In the case of the outright sale of the tower, the tower purchaser will either take a long term easement or a long term nominal value lease. In both scenarios, the municipality is losing control of its asset. The difference is in who has the burden of paying for future operating expenses and who has the risk of loss for the tower.

“We’ve used SteelTree on several transactions and found them to be a valuable ally especially in structuring a favorable deal.”